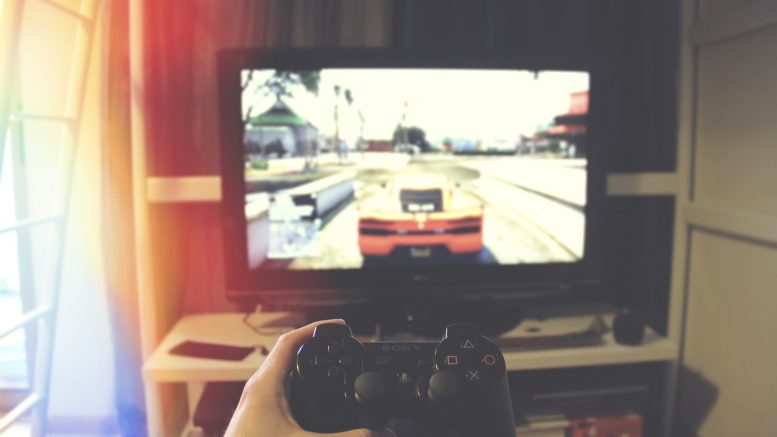 When video games first came out, they went from a luxury found primarily in arcades to a household phenomenon in a matter of years. They were every child’s dreams manifested into a reality. What could be better?

Since that time, the gaming industry has taken giant strides forward to where it is today. The gaming hardware (such as computers and consoles) of today crush their processors handily. The result- the most stunning games whose graphics parallel the real world at times in their beauty and detail.

Perhaps the most exciting development in the gaming industry came with the advent of smartphones. While the consoles of today are undoubtedly great, most of them aren’t portable. The rise of popularity of smartphones and their increasing capabilities have brought gaming on the go to the mainstream. This has ensured one is not far from fun no matter where they go.

Here is a list of the best games you can play on the go for a non-stop dose of fun.

PUBG took the gaming community by storm when it launched on PC and XBOX in 2017. While it was not the first game under this genre, it was the one that perfected the formula of ”Battle Royale’ games.

A few months later, they did what many believed impossible- they created a mobile version of their masterpiece. A version that was perfectly optimized with smooth gameplay and all the fun of the original on the go. Since then, PUBG Mobile has become a widely popular game with millions of active players and multiple game modes.

The multiplayer Battle Royale mode is the staple of the game. It starts with 100 players who can play solo or in teams of 2 or 4 players. The players drop from an airplane into the battle zone where they collect ”loot’ such as weapons, armor, etc. The idea is to move towards the center of the ever-shrinking play zone, knocking other players or teams out on the way. The last team standing wins the game. You will be shocked to know that you can use warzone cheats in PUBG too!

PUBG also offers other game modes such as ”War’ and ”4v4 Team Death Match,’ with new ones being added with new updates regularly.

When I downloaded That Level Again for the first time, it was because I was intrigued by its name. They couldn’t mean what I think they do, could they? They did. It was one single level that you had to clear 64 times to finish the game. And yet, it wasn’t so simple. I found myself glued to my screen for hours on end and before I knew it, I had finished the game.

So, what was it about That Level Again that makes it so much fun? The game starts with a stickman you maneuver through a 2-dimensional zone from one end to the other. At the end of the area is a door which you need to open to get through. Doing so is easy enough in the first attempt, using the unmissable bright red button in the center. But the way to get past the door is entirely different for each level.

In a matter of minutes, you’d find yourself doing everything on God’s green earth to solve the mindboggling puzzles provided to clear the levels, entertaining yourself to no end throughout the process. For those who find this game to their liking, the good news is that there are three sequels, each as good as the last.

While serious gaming has its own merits, nothing compares to the unexpected fun one can have while aimlessly trying out random, silly-looking games. And that is how I came across Rabbit Zombie Defense. With a name like that, I had to try it. What proceeded was something I like to call ”stupid fun.’ The kind of fun you have where there is no logic or reasoning behind it- it just is.

The game’s name is pretty self- explanatory. You are a rabbit soldier, and your mission is to protect your base from an onslaught of enemy zombie rabbits. You pick your weapon of choice, stand your ground and shoot down the enemies before they reach your end of the screen (i.e., Your base). The more you shoot down, the higher your score.

Rabbit Zombie Defense can be played simply by opening your web browser, going to Unlimited Gamez Mo. and firing up the game-. As there is no need to download it onto your phone, it is an excellent choice for those with storage issues on their devices.

There is a deadly virus on the loose. The very fate of humanity lies in the balance. It’s a race against time. Sound exciting? Let me tell you that it is. The catch- YOU are the virus!

You start with control of an epidemic with the end goal of spreading the disease all over the world before humans figure out a cure. Along the way, you can amass points which you use to mutate your virus and give it more abilities to aid your cause. These include deadlier symptoms, new modes of transmission (such as airborne, waterborne, etc.), and much more.

Plague, Inc. is a fascinating concept of a game. There isn’t another that is like it. A game which almost makes you feel guilty for having so much fun in the pursuit of the end of all humanity!

It is often said that an idle mind is the devil’s workplace- and rightly so. The human brain is not built for long periods of inactivity. It needs a relatively steady rate of neuron firing at all times (except sleep) to stay sharp. That is where video games come in. Studies indicate that video games, that were once thought of as just a waste of time are beneficial to brain function. They help improve memory, hand-eye coordination, and so much more.

However, these benefits are an addition to the central fact- video games are just too much fun. They are the ideal way to kick back, relax, and bring some enjoyment to your day. Thanks to smartphones, this pastime is more accessible than ever before, meaning, with the right games, you should never be bored again.